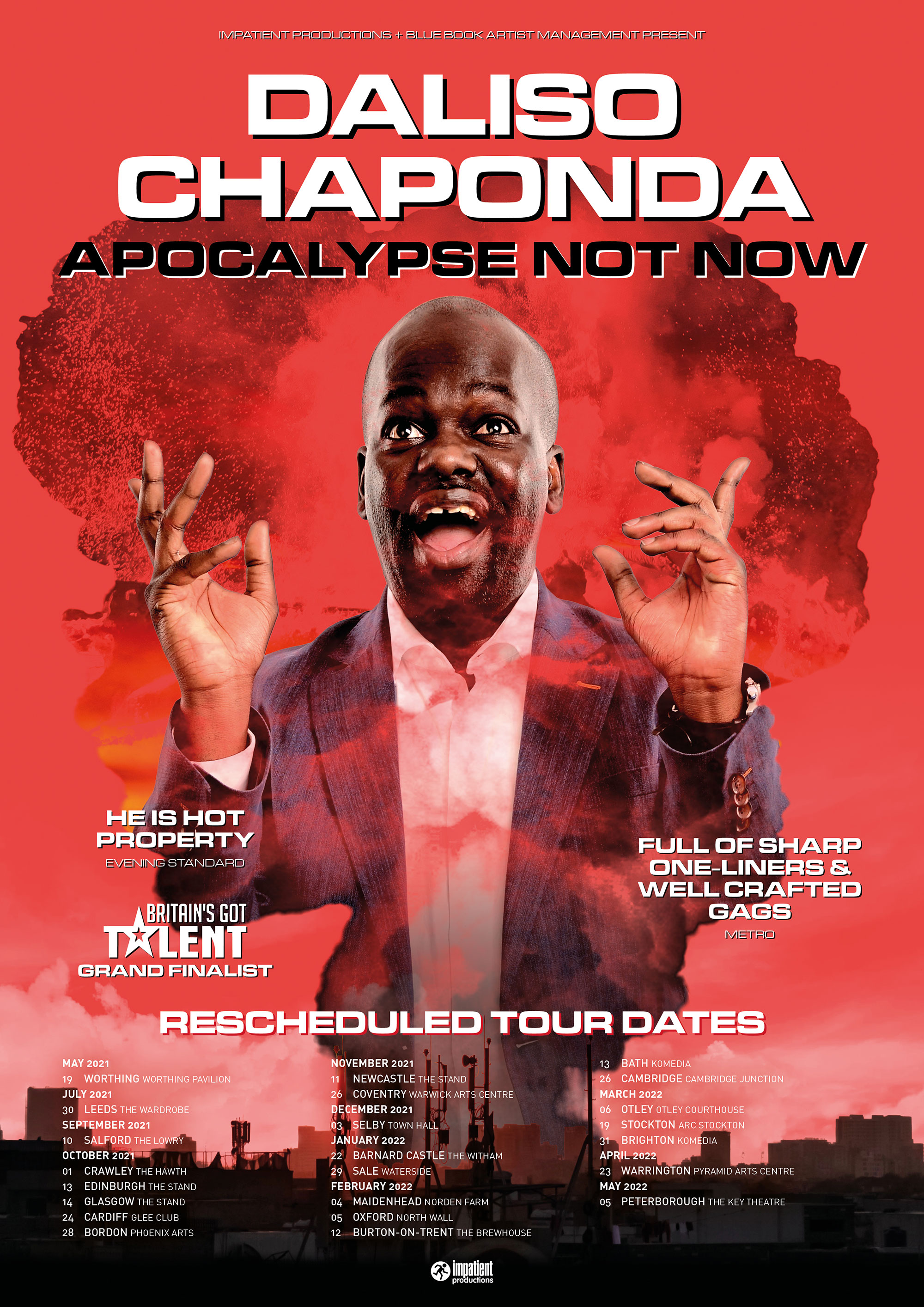 Daliso Chaponda: Apocalypse Not Now
Sunday 13 February 2022
Komedia, Bath
The Malawian born stand up Daliso Chaponda has announced a UK tour with a brand new unseen show entitled ‘Apocalypse Not Now’. The tour starts on 30th July at Leeds Wardrobe and culminates next May! Daliso has performed all over the world, including two previous UK tours and at the Edinburgh, Melbourne, Singapore and Cape Town comedy festivals.
2020-21 has felt quite a lot like an apocalypse for Daliso, who by now should have done a full season at the Edinburgh Fringe, a national tour, and who knows how many more gigs! As one of the UK’s hardest working comedians he didn’t stop and during lock-down built a whole new following online with his daily crowd-sourced comedy shows (he completed 200!) – one of the success stories of the pandemic!
The last few months also inspired him to write ‘Apocalypse Not Now’ – a show about change not just in the world but in himself. He spent the first two lockdowns totally alone trying not to go crazy. He was Mr Independent and now, after his elongated period of solitude, he has changed his opinion on being alone, in fact he asked a friend (who was in an abusive relationship and has mental health issues) to move in with him. Finally he was forced to COMPROMISE and this made him realize that freedom isn’t everything!
In this show he also talks about his father, who was wrongly accused of a crime, for which he went to trial and was acquitted from. Over a three-year period, when Daliso was in Malawi, he went from golden boy to someone who the locals threw stones at…. He was condemned by proxy. During that time, he hired a spy, after his father’s office was set on fire, after he realized that his father’s house was bugged – talk about change!
www.dalisochaponda.com