Bath Folk Club presents: Ian Anderson
Friday 6 March 2020
The Assembly Inn, 17 Alfred St, Bath BA1 2QU
Ian A. Anderson – no, not that one! – began his solo musical career in the mid 1960s, heavily influenced by old country blues players, before taking a left-swerve in the early ’70s into what nowadays gets called ‘psych folk’, with a trio of songwriter/ guitarist albums for Bristol’s pioneering and now highly collectable independent label Village Thing.
He eventually settled into a personal – and notably English – style, drawing from traditional folk, blues, old-time and world roots musics, making some dozen albums by the end of the 1980s with groups Hot Vultures (with Maggie Holland), the English Country Blues Band and Tiger Moth. Then after a break from live performances in the 1990s he returned to stages and recording this century with the trio Blue Blokes 3 (with PiL’s Lu Edmonds and 3 Mustaphas 3’s Ben Mandelson), the duo The False Beards (again with Mandelson), and a successful re-union tour by Hot Vultures in 2016.
Over the years he’s appeared in multiple guises at most of the UK’s important folk/roots venues and festivals (from the very first Glastonbury to Cambridge, Sidmouth, Shrewsbury, Womad and many more). Since early 2017, he’s been enjoying performing and recording solo again, with repertoire and anecdotes drawn from across those 50+ years of experience. Most recently he’s forged an unlikely but very effective double-header partnership with Northumbrian traditional music master Alistair Anderson as Not The Anderson Twins.
Ian received a Lifetime Achievement Award from Folk Alliance International in 2019 and the Gold Badge Award of the EFDSS in 2015.
For more information on the gig, see bathfolkfestival.org
Tickets
ghostsfromthebasement.bandcamp.com 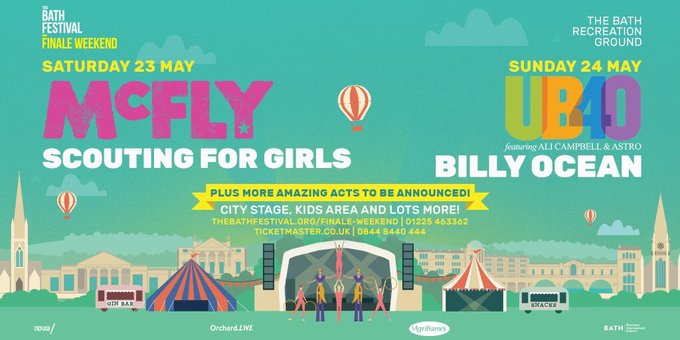 This will be the third year that Bath Festivals in partnership with Orchard Live has put on this event. Tickets are Ł50 day adult, Ł25 under 16s day junior. Weekend adult tickets Ł90, junior Ł50. Under fives attend free but must book an under 5s ticket. The site is within ten minutes walking distance of Bath Spa station.
🎟️ Tickets